Sports Betting and the Mafia 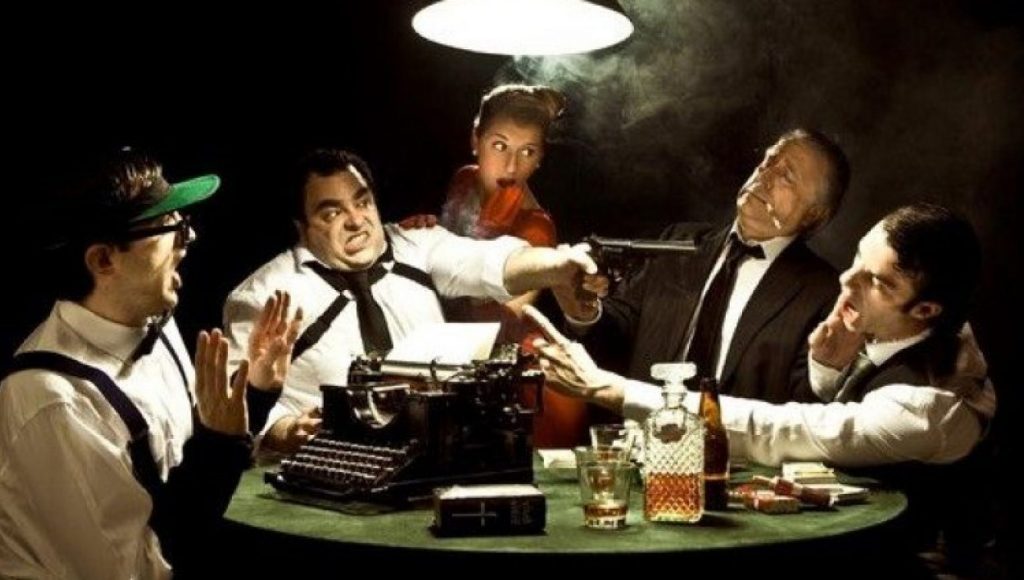 Sports betting and the mafia have a long history.

– Sports betting and the mafia have been linked since the early 1900s.

– A number of the biggest names in sports betting have ties to the mafia.

Sports Betting and the Mafia

What do the police, the legal system, prostitution, and the drug trade all have in common? The mafia currently controls them or has in the past. Gambling, however, has been the mainstay of mafia money-making schemes since the beginning. Specifically, sports betting.

The mafia has been amassing wealth for itself since the earliest days of Las Vegas to the modern evolution of online betting. Here is a look at some of the most notorious mob figures in history and their depraved adoration of gambling.

The Bugs and Meyer Mob

A Jewish-American street gang called the Bugs and Meyer Mob was named after Meyer Lanskey and Benjamin “Bugsy” Siegel. The gang established a reputation for being the most violent gang of the Prohibition Era. They were engaged in grand theft auto, extortion, murder, and the formation of the National Crime Syndicate.

Born Meier Suchowlaski in present-day Belarus to Polish-Jewish parents, Meyer immigrated to the United States in 1911 and settled in New York City’s Lower East Side. He first met Siegel there. According to the legend, Lanskey witnessed a craps game turn into a brawl. He heard police whistles and then convinced Siegel to put down the gun he was holding. The Meyer and Bugs gang instantly became a thing.

The mob referred to Lanskey as “The Accountant” and saw him as the brains behind all operations. In 1933, when the alcohol ban was finally lifted, he focused on the gambling industry.

His abilities as a math prodigy were a huge asset as the gang combined sports betting and the mafia into success. Because there are only winners and losers in gambling, he reportedly said, there is no such thing as a lucky gambler.

An estimated $300 million of Lanskey’s personal wealth was said to be “hidden” in Swiss bank accounts, real estate, and other diverse investments.

A family of Austro-Hungarian Jews had immigrated to the United States in 1903 and gave birth to Benjamin Siegel in Brooklyn. Siegel hit the streets in an effort to get out of the poverty he had known as a child.

His business methods earned him the nickname Bugsy because he was “crazy as a bedbug.  He was well known for acting erratically and having a violent temper.

Bugsy and Lanskey organized and oversaw a team of contract killers, known as Murder, Inc. by the media at the time. Between 400 and 1,000 contract killings were allegedly committed by them.

In 1937, Siegel relocated to California in order to flee his mob enemies, where he established himself as a sort of famous gangster. When he wasn’t mingling with the famous, Siegel ran a number of offshore casinos, prostitution networks, and even killed a few people.

In 1946, Siegel launched The Flamingo Hotel and Casino using mafia funds. The project lost money and went over budget. In March 1947, The Flamingo closed its doors. Siegel was fatally shot a few months later. That’s the bad side of sports betting and the mafia.

Tony “The Hat” Cornero is unquestionably deserving of the moniker “The Godfather of Vegas.” Cornero was a former rum runner who switched to gambling and founded The Meadows, one of the first resorts and casinos in Las Vegas.

Cornero eventually went back to Los Angeles as The Depression took a heavy toll. There, he adopted a creative strategy by purchasing cruise ships to get around gambling laws. He outfitted them with casino equipment and moored them close to the shore. Cornero took his trade back to Las Vegas when the state attorney general forced them to close.

Even though Cornero wasn’t a member of a mob family, he was undoubtedly involved. In 1948, he was the victim of one attempt on his life; a second attempt would not be as successful proving the link between sports betting and the mafia.

The Stardust Hotel, which was eventually demolished in 2007, was a new Las Vegas casino project that Cornero was working on in July 1955. He requested an additional $800,000 from his mob investors after running out of funds. He passed away from a mysterious heart attack while at the craps table at the Desert Inn Casino later that day.

One of Las Vegas’ most intriguing figures is Frank Lawrence Rosenthal, the man who served as the inspiration for the Scorsese movie “Casino.”

He began his betting career on Chicago’s West Side, where he would skip class to watch sports. He was hired by the Chicago syndicate shortly after because of his keen eye for excellent odds. Rosenthal was destined for greater things, and before long the Mafia had him running its largest illegal bookmaking operation.

Cornero founded the Stardust. The Fremont, the Marina, and the Hacienda, which were all owned by the Chicago Syndicate, were all secretly run by Rosenthal in Vegas. He opened The Stardust’s first sportsbook in Vegas and hired the first female blackjack dealer, which helped the casino’s earnings double in less than a year.

The mob bosses weren’t too pleased with him despite his creative ideas. When his car exploded in 1982, Rosenthal just barely escaped an attempt on his life. His involvement in the Vegas sportsbook industry proves once again the link between sports betting and the mafia.

He made vain attempts to open casino gambling operations legally by going straight and obtaining a license. However, he was “black booked” in 1988 and was permanently banned from entering any Nevada casino.

Sports Betting and the Mafia – The Gambino Family

One of “The Five Families” of the American Mafia, the Gambino family has controlled US organized crime since 1910. From bootlegging in the 1920s to online sports betting in the 2010s, they have evolved over time.

Twenty mob members were detained by the FBI in 2013 for their involvement in the Gambino Crime Family’s illicit online sports betting businesses. If there were any doubts to the link between sports betting and the mafia, there weren’t anymore.

The family had established a number of websites in Costa Rica with the intention of processing bets placed online in the United States without being subject to the UIGEA. The FBI investigation determined that from October 2010 to June 2011, this gambling operation generated revenue of about $1.7 million.

Sports Betting and the Mafia in the NBA

Of course, who the mob has on their payroll determines how successful they are at sports betting. Tim Donaghy, a disgraced NBA official, was one such person of interest.

Between 1994 and 2007, Donaghy officiated the NBA for 13 seasons, but he also took part in sports betting during that time. He also bet on the games he officiated. The Mafia noticed him because of his 75% success rate, and they soon began to pursue him.

Donaghy described how the mafia had threatened his family in a “60 Minutes” interview if he didn’t give them the best candidates. The mob will always attempt to take advantage of officials, athletes, trainers. They will also target anyone with inside information, according to Donaghy, who was given a 15-month prison sentence.